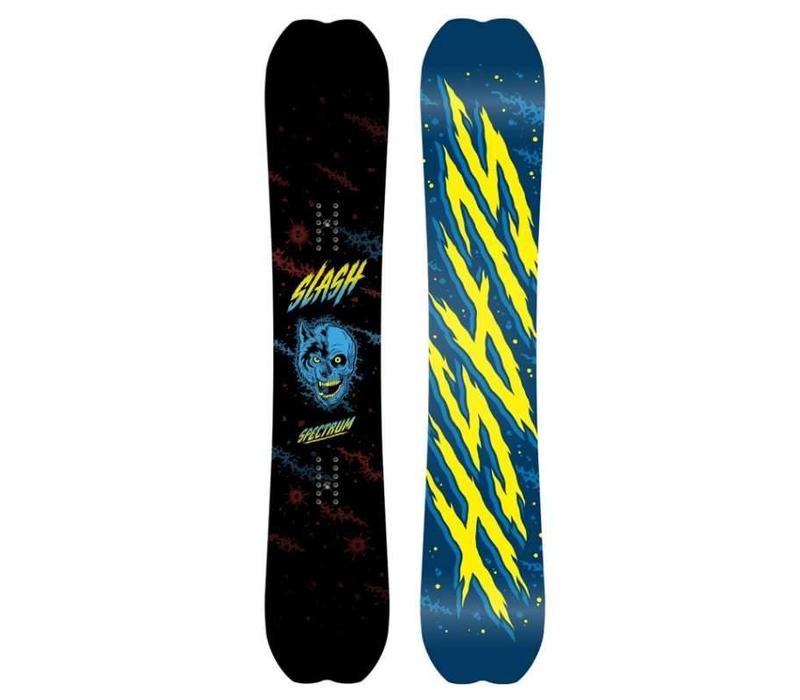 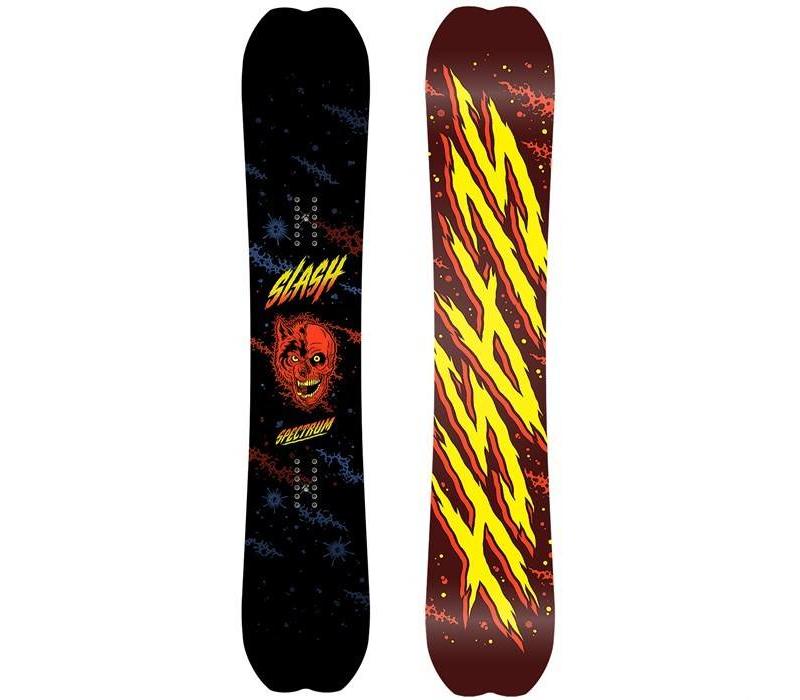 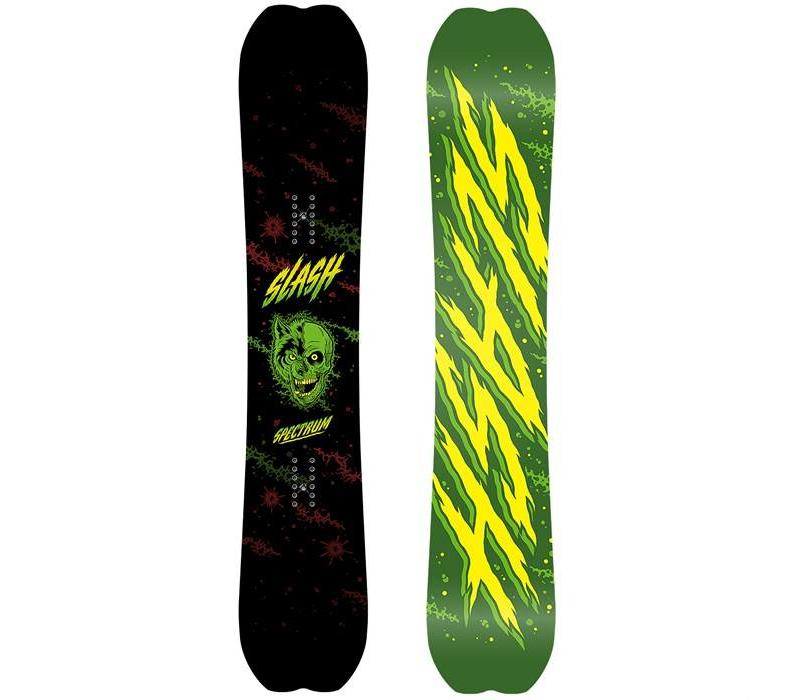 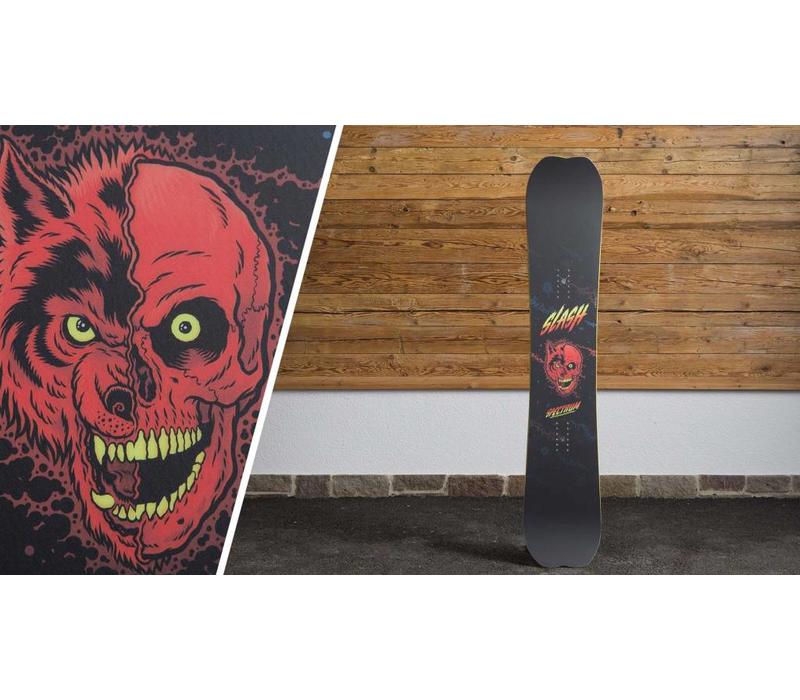 The Slash Spectrum is a freestyle board, but don’t think it only belongs in the park. Anything in sight is ripe for tricks when you’re riding this model, which Gigi Rüf has left largely unchanged for 2016/17.

Bar the usual kicks at the nose and tail, the Slash Spectrum is completely flat. While that will always mean less pop than camber, it also means a smaller chance of catching your edge. It doesn’t take long to get used to a flat base – and once you do, you have something incredibly versatile. Floating it in deep snow is easy, as is anything freestyle-related, and you can still get a strong edge on the groomers (aided by the small bump halfway along each edge).