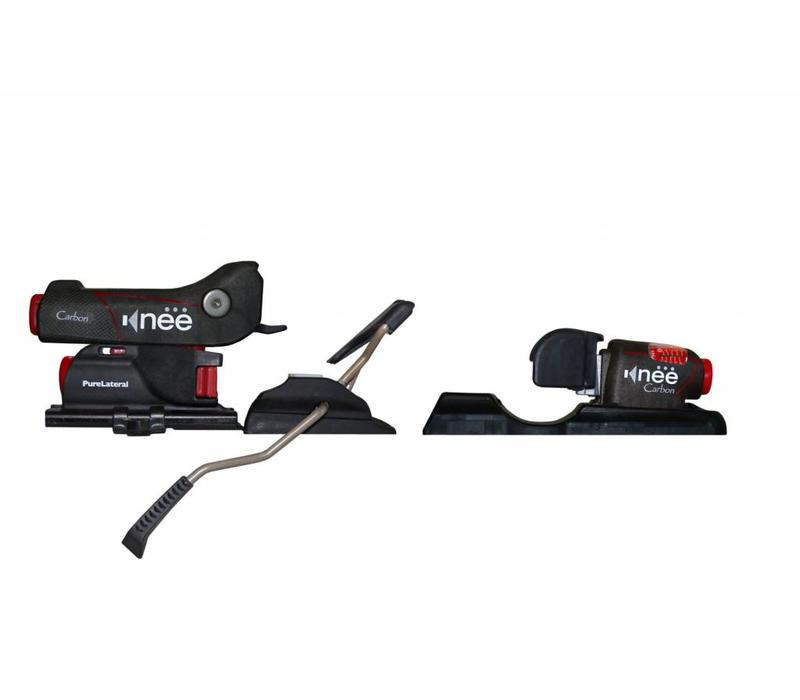 £329.00 £263.00
Kneebindings are currently the only ski bindings that have a pure lateral heel release, significantly reducing the risk of Anterior Cruciate Ligament (ACL) injuries whilst skiing. The KneeBinding Carbon 14 uses resin impregnated carbon to produce the most

There is no doubt in our and thousands of others minds that the Kneebinding principle does appear to work.  Having been the first Kneebinding stockists in the UK we have sold these consistently for almost ten years now and with one exception, a lady who felt they were too bulky and rather heavy, everyone has been delighted with their performance.

We now have several members of the same families using them and very happy with their decision to make the move to the lateral release afforded only by Kneebindings.  We agree that despite some useful changes they are still not a particularly "sexy looking" ski binding and yes, compared to many of today's lighter weight ski bindings they are relatively heavy, but - they do seem to work and work very well (and let's be clear, that fundamentally is their purpose).

The world's only carbon-fiber binding blends industrial resins with hi-tech carbon fibers to increase strength and rigidity. This makes the coupling even tighter and stiffer, providing more feedback to the skier and more precise transmission of energy to the ski. Totally cool in Carbon Black and Vector Red.
(DIN 4-14)

KneeBindings are the only bindings in the world with PureLateralTMheel release! This patented mechanism can detect the specific forces that cause most knee injuries on skis, and can release just before the forces are great enough to otherwise injure the knee.